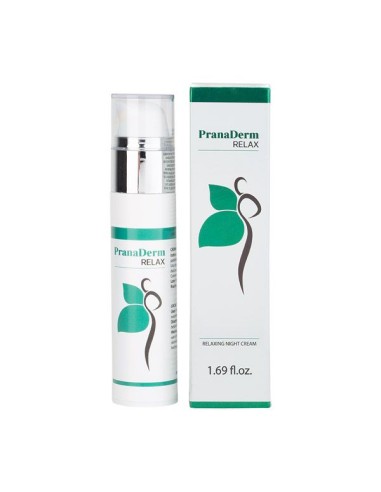 It is a complex phytotherapeutic substrate of recognized smooth sedative action, essential in the process of induction and maintenance of quality sleep: valerian, camomile, lemon verbena and passionflower. Also included is yarrow, especially used for its protection effect against radiation alters the natural physiology of sleep.

Each components, in detail:

LEMON VERBENA: Lemon verbena is an excellent organoleptic corrector of aroma and flavour. Traditionally it is considered as a digestive, carminative and spasmolytic aid. It has also been used as a mild tranquiliser. Lemon verbena contains melatonin, a regulator of circadian rhythms par excellence. Due to its sedative effects, it is a plant used to treat anxiety, and therefore improves sleep. Consumption of the extract of this traditional Mediterranean plant helps in resting, as it increases the sleep period and diminishes interruptions at night. Extracts of Aloysia triphylla are rich in phenylpropanoids, especially verbascoside, which have biological activity as antioxidants. Its infusion is used as a digestive, carminative and antispasmodic agent for cases of dyspepsia and stomach pains. It is also used as a light sedative. It has a significant amount of melatonin, which is a substance used as a natural relaxant, promoting sleep at night. In Argentina it is an official medicinal plant, and has a monograph in the Argentinian National Pharmacopoeia VI Edition. The extract of this plant has antioxidant properties which may play an important role in protecting against the oxidative stress caused by the practice of intense physical exercise.

CAMOMILE: A plant with sedative and antispasmodic properties, it is useful in facilitating the induction and maintenance of sleep. It is approved for topical use in inflammations, irritations and skin and mucosal infections, including the buccopharyngeal cavity and gums (rinses), the respiratory tract (inhalations) and the ano-genital area (baths and ointments). Its traditional uses approved by the European Medicines Agency (EMA) are mild skin inflammations, such as sunburn, superficial wounds and small boils and its essential oil in case of irritations of the skin and the ano-genital mucosa. It was included in this PranaDerm for its usefulness in the regulation of insomnia and stress.

YARROW: This has an anti-inflammatory, antispasmodic, antibacterial, choleretic and astringent effect and is an appetite stimulant. These properties are due to the different components in the plant, among which are sesquiterpene lactones, azulenes, flavonoids, caffeine derivatives and tannins. Its regenerative effect on the epithelia has been demonstrated in tests performed on animals with gastric ulcer. Oral treatment with hydroethanolic extract of Achillea millefolium significantly regenerates the gastric mucosa. This effect has been attributed to the antioxidant activity of the extract, due in part to the flavonoids. According to the ESCOP it has as an internal indication for loss of appetite and dyspeptic disorders, such as mild abdominal spasms; externally, it is used in treatments to help small wounds, slight inflammations of the skin and mucosas, as an insect repellent and in sitz baths for pelvic zone spasms. In addition, the EMA accepts the traditional use of the infused plant, the tincture, the liquid extract and the juice obtained by the expression of the flowery summation for cases of temporary loss of appetite and in the symptomatic treatment of mild gastrointestinal spasms, abdominal bloating and flatulence, as well use of the infusion for mild spasms associated with menstruation. Topically, the infusion is accepted in the treatment of small superficial wounds. Its presence in PranaDerm Relax helps to regulate digestion, which is key for good quality sleep.

VALERIAN: Valerian is one of the oldest and most effective relaxing, sedating plants. It has a depressant and antispasmodic activity on the central nervous system. The sedative activity, which is mild, has been related to the valepotriates, although the complex action of valerian is due to the synergy of several components. It has been used traditionally in the symptomatic treatment of the states of excitability, nervousness, anxiety and for sleep disorders of a nervous origin. It is useful when the insomnia is due to hypersympathetic and stress states. Valerian root preparations have a sedating and sleep inducing action, the main mechanism of which would be an increase in gabaergic transmission. It has been shown that valerian root causes an increase in the concentration of GABA in the synaptic space, due to an inhibition of its catabolism and its reuptake. Valerenic and acetoxyvalerenic acids are considered to be responsible for the inhibition of GABA catabolism. Other essential oil components, such as valeranone, also have sedative effects in animal models. In part, the increase in gabaergic activity could be due to the contribution of GABA or its precursor, glutamine. The binding ability of valerian extracts to GABA receptors has also been demonstrated. As regards the flavonoids present in the valerian root, it has been shown that 2S-hesperidin has sedative and sleep inducing properties, whereas 6-methyl-apigenin is an anxiolytic and is capable of potentiating the sleep inducing effects of hesperidin. Finally, the lignan 8'-hydroxypinoresinol has demonstrated a high affinity for 5-HT1A receptors. Several meta-analyses have concluded that valerian root preparations can improve the quality of sleep without causing side effects. It was decided to include it in PranaDerm Relax due to its anxiolytic effect.

No parabens, colouring or synthetic perfumes.

Apply to the skin with a gentle massage, preferably at night before going to bed.